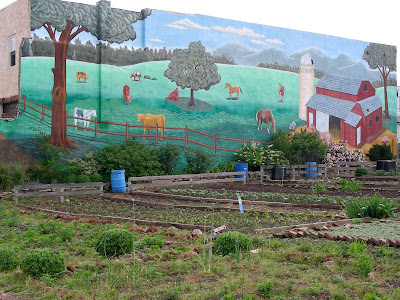 Aspen Farms, Philadelphia, 1999
My community gardening experience is directly tied to the ACGA conferences in many ways. I attended my first conference in New York City in 1985 and found a job announcement advertising the position at Council on the Environment which became my job a few months later.  I have attended 16 other conferences which together have been a bi-national tour of cities in the US and Canada. I've had the pleasure of visiting Seattle, Philadelphia, Milwaukee, Cleveland, Denver, Louisville, Chicago, Montreal, Indianapolis, Dayton, Atlanta, Toronto, Minneapolis/St.Paul and Los Angeles. Community Gardens in each city reflected the flavor of the city and region as well as ethnic and immigrant cultures inhabiting that city. 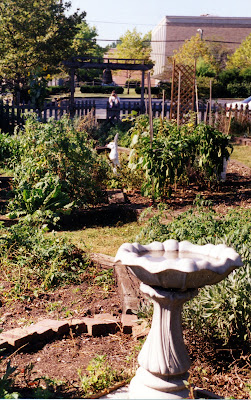 For 6 years in the early to mid 1990's I served on the ACGA Board of Directors, most of that time as the Chair of the Publications Committee responsible for publishing the Community Greening Review. Of course those were the days before ACGA had a website and the board members were pioneering a new way to communicate between semi-annual meetings called e-mail. The Community Greening Reviews did provide in depth articles about community gardening at a time when very few researchers were studying and writing about the subject. These articles served as seminal works that have informed and inspired the current generation of researchers. 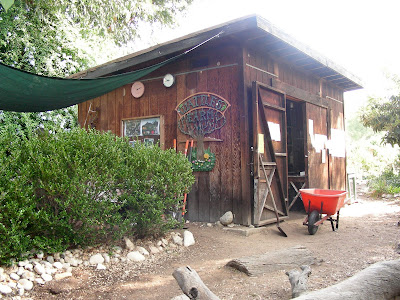 At several conferences I presented workshops on Council on the Environment programs, rainwater harvesting and community garden mapping. This year's conference has workshops on youth gardening, sustainability, advocacy and community development. The workshops are informative and helpful but the most interesting part of  ACGA conferences are the garden tours. The pictures included in this blog post were taken on some of those garden tours. The tours at this conference are by bus, bike and foot, are all themed, include a workshop or service component related to the theme and lunch in one of the gardens. To truly appreciate New York City community gardens it is best to visit them. I will be leading a bus tour of community gardens in the south Bronx that have a connection to schools in the neighborhood. 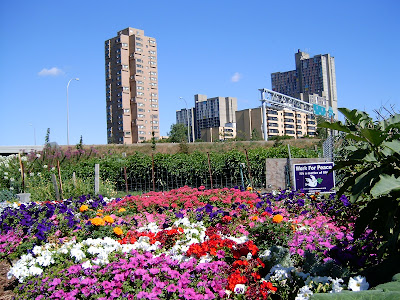 For anyone who has an interest in community gardens, school gardens, urban agriculture, sustainability or community building, the ACGA conference has all of that and more. Who knows it could lead to a job, an avocation as a presenter, an election to the ACGA Board of Directors or even to a Blog! 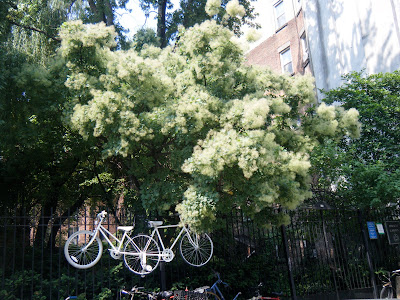 On several occasions this spring I received e-mails or phone calls saying that the water in their rainwater harvesting (rwh) tank smelled like a sewer or a swamp. Folks were worried that something was wrong and wondered whether they should use the water or not. The water in my rwh tank at home also smelled swampy for a short time. 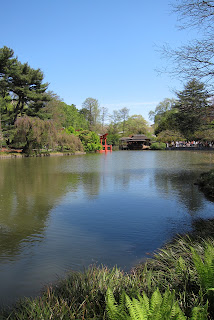 Water quality is a major concern not just for rwh systems but for water systems throughout the world. Public water systems as well as municipal systems that have been privatized have to be monitored constantly and on occasion have to issue drinking water alerts. The New York City drinking water supply which is considered one of the finest, best tasting water but the city is building a filtration plant to filter the 10% of the water supply that comes from the highly developed Croton reservoir area at a projected cost of $3 billion. 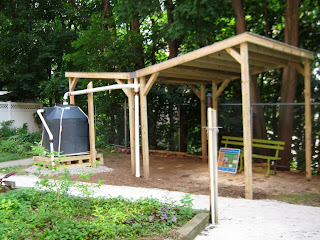 The quality and cleanliness of natural water systems - our rivers and lakes is also of concern. In fact one of the benefits of rwh is in helping to prevent combined sewer overflows that can happen in a rainfall of as little as one tenth of an inch. Combined sewers handle both sanitary sewage, the waste from our toilets, sinks, washing machines, showers and tubs as well as the rainfall that runs in the city's gutters. In a combined sewer overflow event, the added rainfall overwhelms the capacity of the sewage treatment plant and all of the liquids and solids are sent into the river. 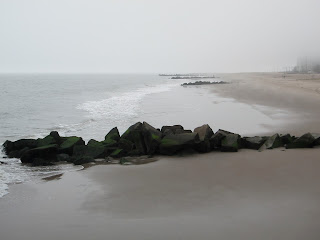 The concern about water quality in rwh systems is something that we have considered and tested. Because of the many variables to consider and the cost of testing we were only able to test water quality at 1 community garden. The results can best be summed up by a quote of mine that appears in the August / September 2011 print issue of Organic Gardening Magazine and can also be found at Organic Gardening on-line.
"You can’t really generalize,” he says. You can’t compare an asphalt roof in an urban area with a rural one where birds regularly roost. “The [varying] amount of rainfall and frequency means that if you tested the water in your barrel each time it rained, you would get a different result.” Since testing is prohibitively expensive, Librizzi adds, “I tell folks if they are uncomfortable with watering their edibles with collected rainwater, they should use it only for ornamentals. They will still be saving water.” 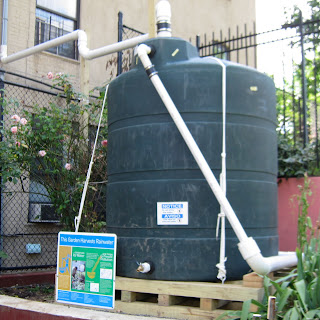 So, the swampy smell. Since none of the water was tested, I can only make an educated guess. I think what happened was that we had a couple of significant rains in the spring which meant that a lot of organic material such as pollen, flower parts and seed parts found their way into the tanks. The weather warmed up to heat this mixture and the aerobic environment turned into an anaerobic one much like in a swamp. 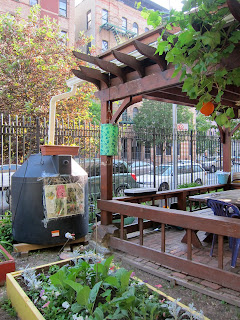 However or whether the community gardeners used the collected rainwater, water was diverted from the combined sewers, helped to keep our waterways clean and helped to conserve water. There are now over 80 rwh systems in NYC community gardens (it is hard to keep track of the number as new ones are added frequently- some that I am not even aware of). My best educated guess is that all of these rwh systems collect approximately 1 million gallons of rainwater each year!
Posted by Lenny Librizzi at 9:01 PM 1 comment: Links to this post