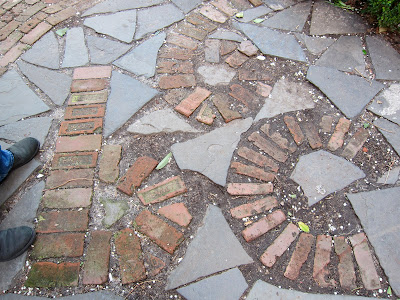 It has been awhile since I last posted the story of the 6BC Garden and the early years of my involvement with community gardening. Today I happened to visit the garden after riding my bike on car - free streets in Manhattan called Summer Streets . Lafayette Street and Park Avenue were closed to cars from 7am to 1pm from the Brooklyn Bridge to 72nd Street. There aren't any community gardens on the route but a few blocks off the route in lower Manhattan are many community gardens including 6BC. The garden looked wonderful as always. People were strolling in and out just to have a look or to sit with friends. 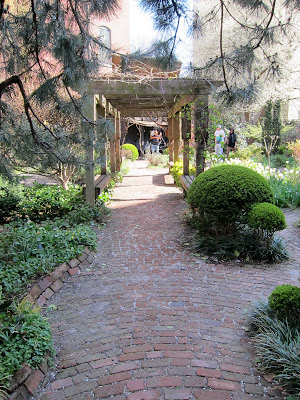 To continue the story... Folks who were the garden leaders at the time were very concerned about preserving the garden knowing the lurking threat of Mayor Giuliani's policy of ridding the city of all "vacant property".  I moved from my Lower East Side apartment so I was no longer an active gardener but I continued to advise and assist the garden group whenever I could. The gardeners realized that the assemblage of lots that encompassed the 6BC and adjacent 5th Street Slope gardens was large enough for a  fairly large - 60 - 100 - multi - unit dwelling so would be coveted by developers. They put together a wonderful document outlining the history and value of the garden with photos, press clipping and other documentation. Much of this document can be found on the garden website. This process and some behind the scenes work on my part resulted in the garden being transferred to the Parks Dept from the Departments of Housing Preservation and Development and General Services along with about 35 other gardens deemed worthy of protection. While good news for the 6BC garden there was also a lot of discussion and anger among gardeners who felt that there was favoritism and an unfair and non transparent process for choosing which gardens would be transferred. The transferred gardens it turned out were also protected from the Giuliani plan to auction 120 gardens. 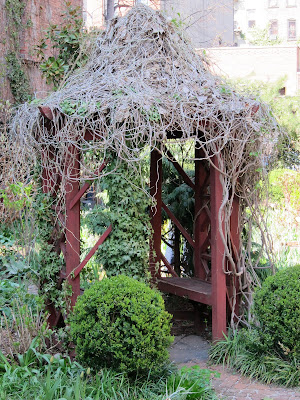 The transfer to the Parks department emboldened the gardeners to solicit city capital funds from the local city council person to get new fencing and an in ground water system which they received. As is often the case with large sums of money, this funding began a rift between the 2 adjacent gardens which continues to this day. Despite efforts by a number of people to bring the 2 gardens together as one, personality and racial  conflicts kept the gardens from uniting. The City Council funding was earmarked for the whole assemblage though at the time the 5th Street side was much less developed as a garden. A parking lot run illegally by a local man who took many years to evict kept the gardeners from gardening on two thirds of the lot. The 6BC gardeners used this opportunity to have the back-flow preventer and control box placed on the 5th Street side because it took up garden space and was unsightly. But since there was still a fence between the 2 gardens, the 5th Street gardeners refused to allow the 6th Street gardeners access to the water - a situation that continues to this day. All of the money for fencing was spent on an elaborated wrought iron fence - on the 6th Street side. 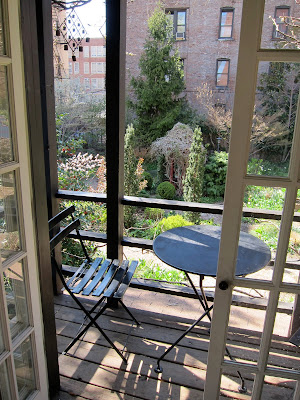 The garden development continued with a new 2 storey shed built with a small tea room on the upper level (which had to be rebuilt after a suspicious fire destroyed part of the structure), a large pond was installed which was aerated by a pump powered by solar panels on the shade structure. A sunken seating area was built with stone salvaged from building sites around the neighborhood - a building boom was taking place throughout the 1990's until 9/11. A smaller pond and a Japanese style arbor create a theme garden vignette. The pathways were meticulously laid with recycled brick from the garden into intricate patterns and the garden name at the gate. An herb garden originally planted over 20 years ago remains with some original and some newly added plants. The garden has become almost entirely ornamental, in fact the official name is the 6BC Botanical Garden. There was even a cactus garden where during the summer months a number of cacti were grouped together and kept alive by bringing them indoors in the winter. The garden hosts a number of events like poetry readings, solar workshops, music, dance and private events. 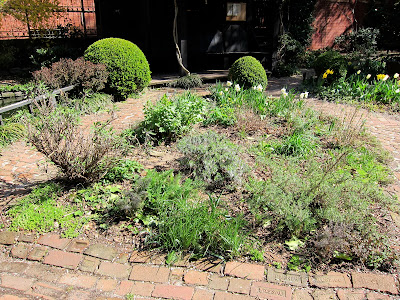 A visitor today will find a beautiful peaceful garden with folks weeding, watering and maintaining this gem of a space. They won't of course know any of the back story of how the garden went from a vacant lot to a lush landscape or the work that went into building the structures or the infighting and inter-garden conflicts. For me I am proud of the work that I did in the garden, not so happy about failed attempts to merge the two gardens and embarrassed by the actions of some of the gardeners that created a permanent rift between gardens.  This is just one story of thousands that could be told of the community gardening process that is not always pretty but one where folks have to work together to accomplish something. Community Gardening is much more about community, social interaction, psychology, economics and politics than it is about gardening.
Posted by Lenny Librizzi at 8:37 PM